Tiffany Scandal is a tuff chick.

I picked up her book JIGSAW YOUTH from Ladybox Books and read it quickly. It’s on the shorter side but it’s also just that damn compelling.

This is the story of Ella, a lesbian of Chicana descent, who finds her self both isolated and accepted. The story is disjointed, appearing in vignettes instead of a straight narrative and that adds depth to the texture of the story. This is a life and sometimes life can get messy.

It’s got a beauty to it and a power and by the end you feel as if you have shared something meaningful.

Full to the brim with emotion that paint a dark but not bleak portrait. The writing is both raw and delicate, somehow punching you in the gut and kissing you on the forehead.  Scandal’s voice is definitely noir, harkening to some of the tough guys in the genre, Bukowski, Thompson, and Carver would have had her in their drinking club, but her language and story have a literary heft to them that keeps you turning the pages.

I’ll be checking out more of her work and recommend you do as well. 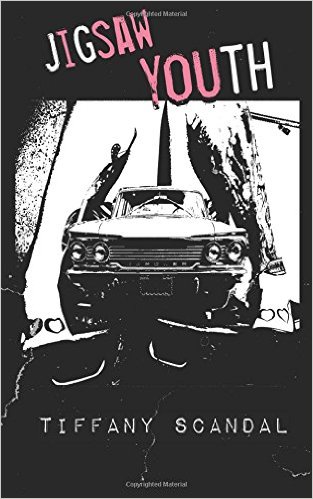 SPREAD THE WORD Y'ALL!

So there has been much brouhaha about diversity on the interwebs. Lots of fighting. Lots of name calling. Lots of accusations.

I won’t bother to point it out but you can find it.

It got me to thinking about my own work. I’m a straight white male, have been my whole life, don’t think there’s anything wrong with being that. None of those three things are inherently evil.

My main character in the work I am best known for is a straight white male.

I also don’t think there is anything wrong with that.

In the Deacon Chalk series you also have a ton of other characters. Some are white, some are straight, some are males.

Ronnie – Deacon’s friend who is psychically bonded to a cluster of supernatural ghost spiders. Female.

Katsumi Takakage – Deacon’s ally. A tengu, she is Asian and female.

Those are the highlights. Lots of female characters, damaged but strong. Lots of LBGT characters. Multiple ethnicities. Kinda the way it is in the real world.

The thing is, I never wrote these characters as a statement or to fill a quota. They just work as who they are. In fact Boothe is in the whole of book 2 BLOOD AND SILVER and it’s only in the last chapter that his sexual orientation is mentioned because it does not matter to the story. It isn’t the point of the character or his arc through the books.

Most readers never pick up on the fact that Charlotte is black. Seriously. I tell people that and they give me blank face. It’s there in the first description of her after transforming into her human state but still people do not catch it. Which I like because the fact that she is black is NOT the point of the character.

Anyways, this is a bit of a ramble but enjoy the books.

SPREAD THE WORD Y'ALL!